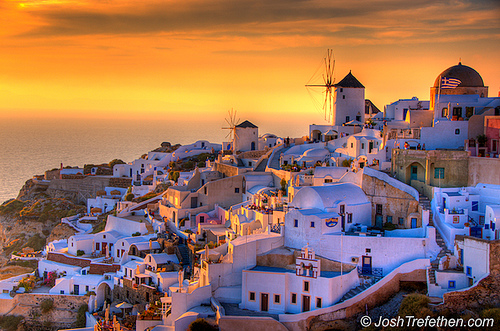 Explore the dramatic natural beauty and bounty of crater lakes in this collection of nine volcanic islands in the middle of the North Atlantic. Portuguese by language, it has a culture and cuisine all its own. Feast on the geothermally heated hotpots called cozido das furnas, which consist of mixtures of meats and stews and are a feature of the area near Sao Miguel.

Bhutan
High up in the Himalayan Mountains sits the world’s newest democracy, whose 30-year-old king has been instrumental in developing the country’s parliament, and injecting a democratic voice into Bhutanese affairs. The term “gross national happiness” was coined by the country’s former king, who began the Buddhist country’s path to modernization. It now straddles both the old world and the new, and has earned the nickname, “the last Shangri-La”.

Vieques, Puerto Rico
Some places offer such unique natural attractions that visiting can make you feel as if you’ve left earth and are floating among the stars. Mosquito Bay captures and retains large amounts of naturally occurring dinoflagellates that glow when disturbed. Row out to the middle of the bay at night with a tour group, then take a swim in a starfield–an experience to which no photo can do justice.

Grindavik, Iceland
“The Land of Fire and Ice” It’s one of those things that you have to do in a lifetime. You’re swimming in these silica mud waters, but then it’s snowing outside.

Cancun Underwater Museum, Maxico
The brainchild of the artist Jason de Caires Taylor, the world’s largest underwater museum features 400 statues by the artist, in a dizzying array of poses and features. The just-opened sculpture park sits in shallow waters in Cancun, allowing snorkellers, swimmers, and scuba divers alike to witness the sculptures grow seaweed and barnacles, and begin to form a supplementary reef for area fish.

Ice Hotel, Jukkasjarvi, Sweden
Although there are ice hotels in Finland, Québec, Canada, Norway and Romania, the hotel at Jukkasjärvi, Sweden is the oldest and most famous of these frozen inns. Located 200 km north of the Arctic Circle in a little village in Lapland, this hotel is world famous for its dramatic scenery, and its yearly rebirth, like an icy phoenix.

Madagascar
Madagascar, sitting approximately 225 miles off the eastern coast of Africa, in the Indian Ocean, is so remote, it’s been host to many one-of-a-kind evolutionary developments. Ninety percent of its native plant life is found nowhere else in the world. “It still feels like a lost wonderland, with unique and diverse plant and animal life,” says Tom Hall, a U.K.-based writer for Lonely Planet.

Maldives
A collection of widely dispersed islands in the Indian Ocean, the Maldives is the nation with the lowest high point in the world–a fact that lead to worldwide attention last year when the country’s cabinet staged an underwater signing of a document calling for reduced global carbon emissions. It is also stunningly beautiful, and offers some of the most dramatic ocean vistas in the world–made all the more compelling by their threatened status.

Palm Islands, Dubai
Though impacted by the global credit crunch, Dubai’s artificial archipelago of shops, resorts and play areas is still growing, being built on reclaimed land with techniques mastered by the Dutch, who know a thing or two about reclaiming land from the sea. While it’s hard to tell when construction will be complete, what is already done is impressive in both scope and economic ambition

Santorini, Greece
The world’s only inhabited volcanic caldera, Santorini is among the most beautiful of Greece’s more than 6,000 islands. Sample some of the Mediterranean’s best seafood in Perissa Beach, then hop on a scooter and head west to the small town of Oia, to watch the sun set with what seems like half of the rest of the island.

Yakushima, Japan
About 60 kilometers south of the busy Japanese port city of Kagoshima sits an island that is both quintessentially Japanese and like nothing else in the sprawling archipelago. Designated as a World Heritage Site, Yakushima is rich in sub-tropical life, and attracts visitors from all over Japan with its elusive native wildcats and intricately gnarled yakisugi cedar trees. 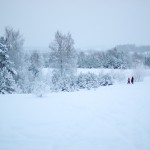